What is the Potential Reversal Zone (PRZ)?

In the example below with the bearish Gartley pattern, the yellow rectangle is the PRZ where the Fibonacci projections (yellow and blue horizontal lines) for this pattern converge with other each other.

In the case of the bearish Gartley pattern the key Fibonacci projections to converge in the PRZ are the 0.786 XA, 1.27 BC, 1.618 BC and the level where AB=CD.

To illustrate a more in depth example, the Potential Reversal Zone (PRZ) for the Bullish Gartley pattern is constructed using the following Fibonacci extensions and projections:

Below illustrates the ratios for all legs and how they are used for determining a pattern’s PRZ. 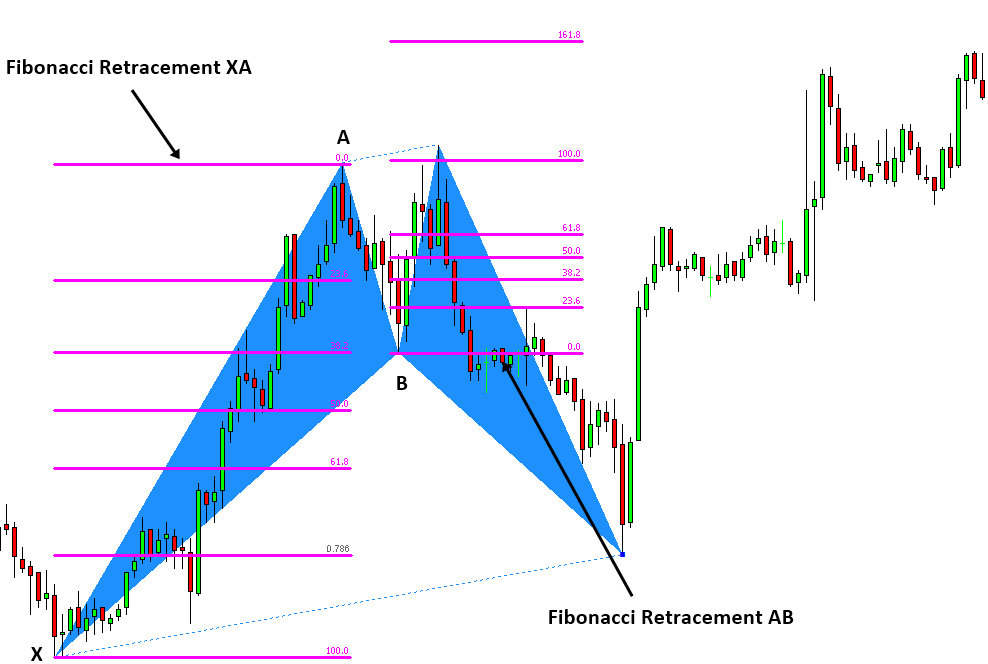 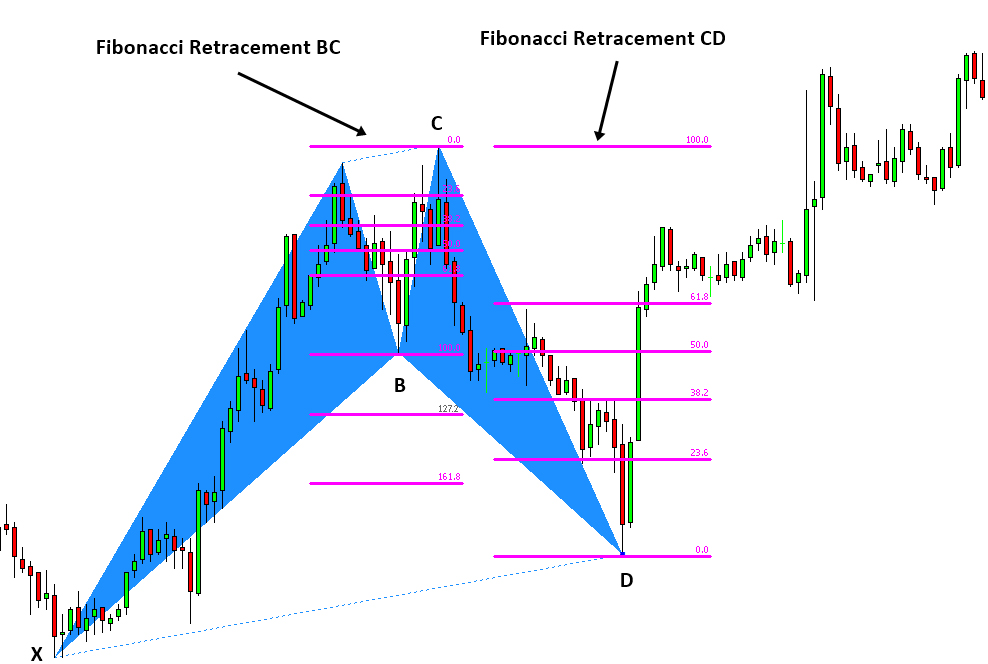 Below is an example of real-world Potential Completion Zone (PCZ) formation: 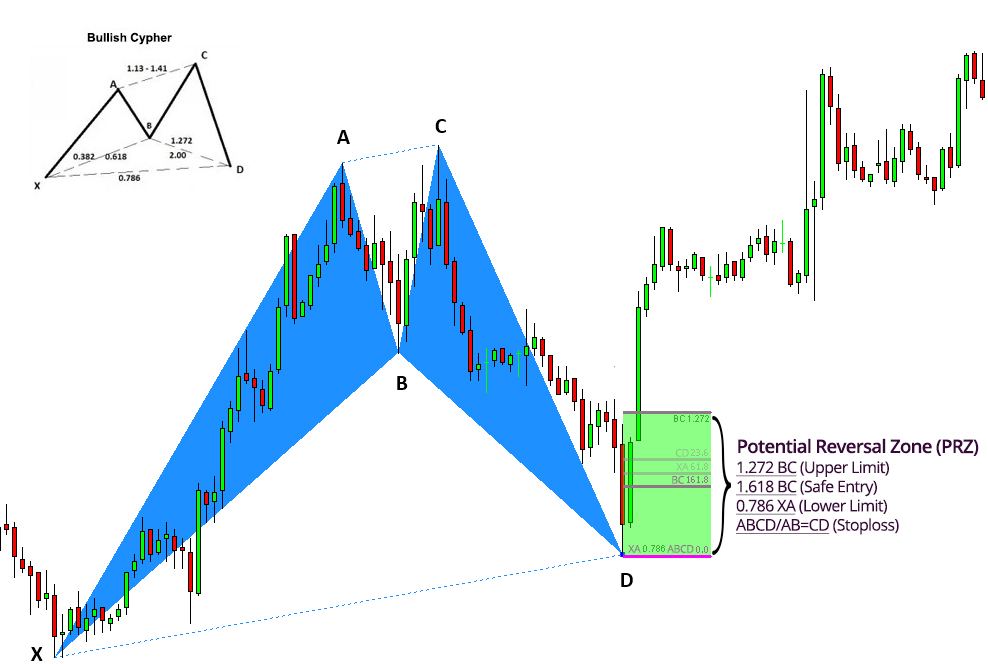