Each of the five points (XABCD) represent a significant high or low in terms of price on the chart. Therefore, the four previously mentioned legs (XA, AB, BC, CD) represent different trends or price movements which move in opposite directions.

As a result, there are four major XABCD chart patterns that are most common. These patterns can be either bullish or bearish.

The four major patterns include:

For this example we will examine a Bullish Gartley Pattern:

For this example we will examine a Bullish Butterfly Pattern:

What you’ll discover in this article  ++ show ++
1 What is the XABCD pattern?
2 The Gartley pattern
3 The Butterfly pattern
4 The Crab pattern
5 The Bat pattern
6 What does the XABCD pattern tell traders?
7 How to use the XABCD Pattern?
8 Biggest mistakes to avoid with the XABCD pattern
9 Pros & Cons of using these patterns
10 Conclusion
11 Test yourself with our quiz!

What is the XABCD pattern?

Each of the five points (XABCD) show an important low or high in terms of price on the chart. Thus, the four previously mentioned legs (XA, AB, BC, CD) represent different trends or price movements which move in opposite directions.

Due to this, there are four major XABCD chart patterns that are most popular. They can be either bearish or bullish. The four main patterns include Gartley, Butterfly, Crab and Bat.

Gartley forms when the action of price has been happening for an uptrend or downtrend, but has started showing indications of correction. The pattern is made up of ABCD pattern bearish or bullish, but preceded by a point (X) which are above the point D. Gartley pattern has the these qualities:

Made by Bryce Gilmore, the butterfly pattern is perfect is defined as the 78.6 percent Fibonacci retracement AB of XA . This pattern contains special qualities such as:

Scott Carney in 2000 strongly believed in the harmonic pattern, and created the crab. He stated that this is the most accurate patterns among all harmonic patterns as potential reversal zone extreme way of movement XA.

The crab pattern has a high risk/reward ratio, because you can put a very tight stop-loss position. The pattern should have the following characteristics:

Scott Carney found another harmonic pattern in 2001 called bat. The bat is characterized from the 88.6 percent Fibonacci retracement of the movement XA as potential reversal zone. Bat pattern has these qualities:

What does the XABCD pattern tell traders?

The XABCD harmonic pattern can be grouped into retracement, extensions and x-point patterns. Locating them can be tricky if doing it on your own and it can take a long time because there are approximately 11 ratios in every pattern to be measured. Rather, some traders do it automatically with some tools available. The pattern also work with audio alerts and other alerting systems so you don’t have to waste your time trying to locate them, but rather, just carrying out your analysis.

How to use the XABCD Pattern?

XABCD harmonic pattern falls into the category of the retracement patterns, all having a D point that does not go beyond the X point of a pattern. They will have a D point (where a price reversal is preferred) close to the B point. Different retracement XABCD harmonic patterns can be used in ranges or channels, so, you have to be sure to know which one to apply in which situation.

Biggest mistakes to avoid with the XABCD pattern

There are a few factors that come into play with the decision making process based off larger vs. smaller time frames, but this can be easily adaptable once you decide what to look for.

Since XABCD patterns act based on human emotions, it would only make sense to take time into account to get a more consistent harmonic pattern structure.

Have it in mind that if you want to make adjustments you need to ensure all the most consistent patterns possible. By doing this, you can see more clearly the impacts that your changes have on the results pushing forward.

Pros & Cons of using these patterns

One advantage of using this pattern is that it offers more consistency with price and time. Traders often look for is consistency within the patterns and how you identify that consistency is necessary. Fibonacci time measurements play a crucial role in XABCD harmonic patterns.

To select the right one, the decision is entirely up to you. A possible solution would be to choose the impulse leg that coincides with a structure resistance or support. Usually, the more confluence you have, the higher the probability of your trade.

If you think about trading as a business and not a hobby, then you should have a plan for everything. You do not want to make decisions which are subjective as it will influence your thought process.

Just as it is with any other trading strategies, whether harmonic trading, price action trading, or trend following, there are pros and cons to it. As a trader, you have to know the pitfalls of your trading approach and apply proper risk management. It is best to use most of these patterns in combination with other trade reading strategies to guarantee the best results. 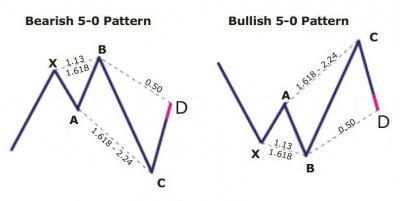 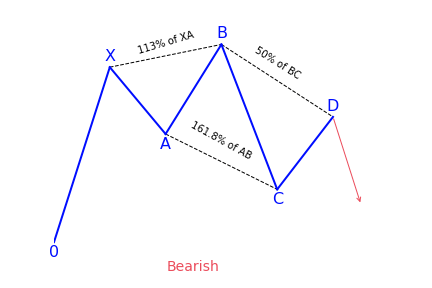 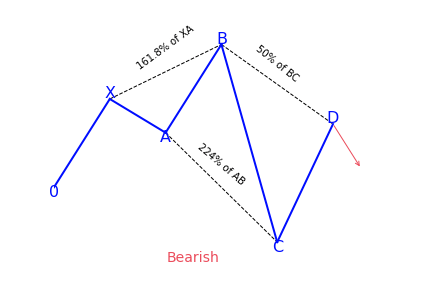 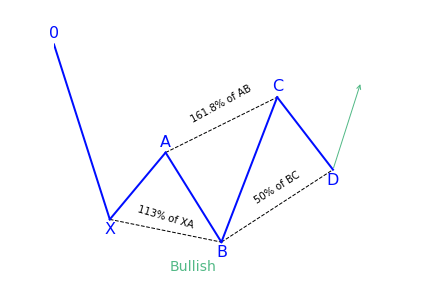 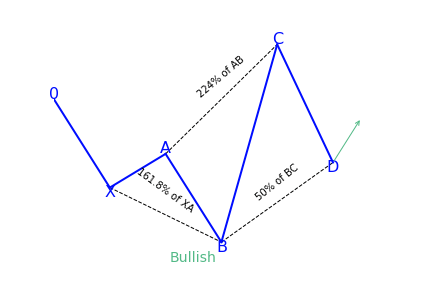